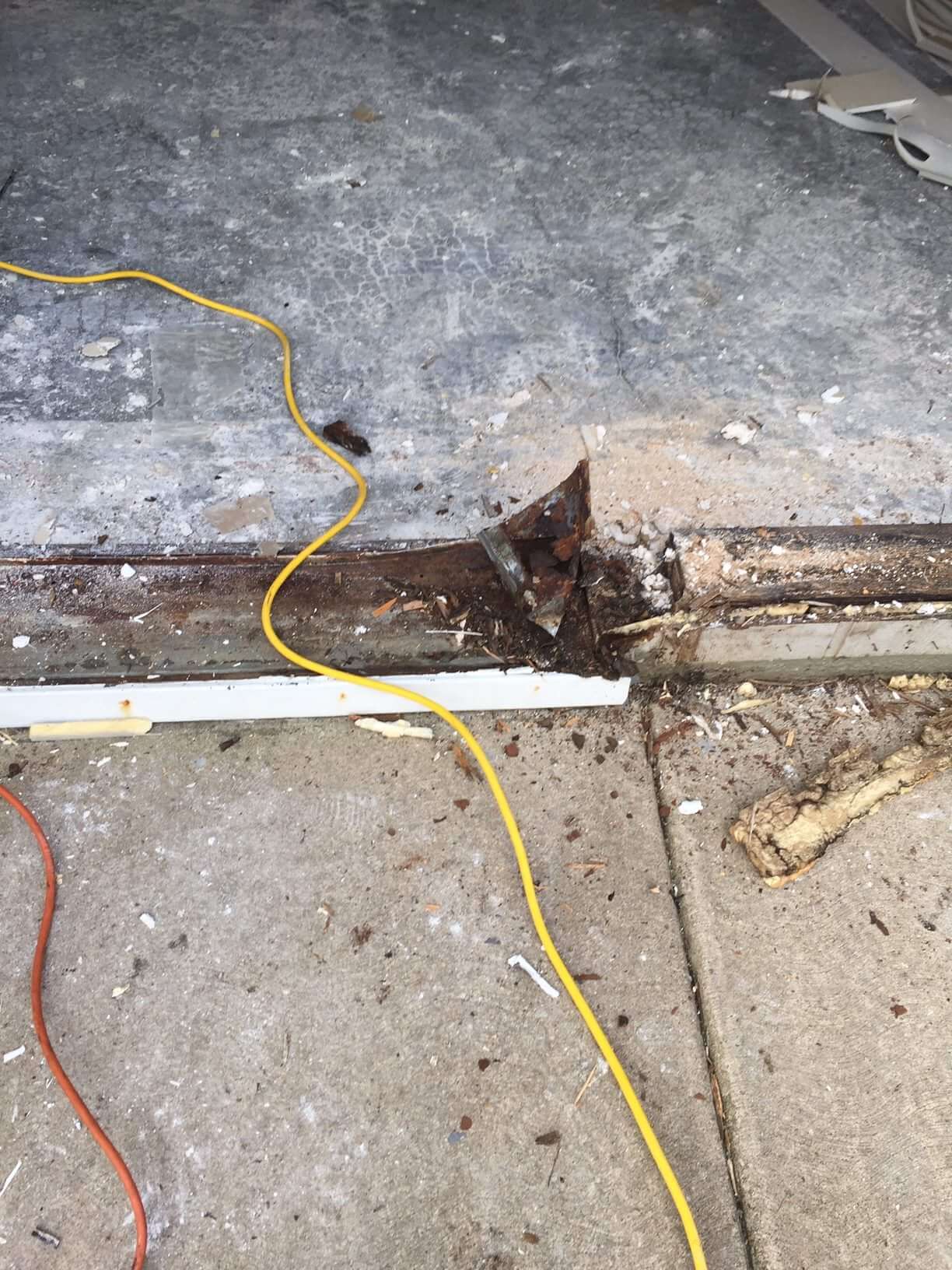 In our last blog post about contract law, we wrote about implied contract terms in Kansas, showing our readers that a warranty of workmanlike performance is implied in every service contract in which no express warranty is provided.  This may have come as a surprise to Kansans who frequently make oral agreements, handshake agreements, or short written agreements and prefer to keep more contentious topics like warranties out of the discussion.  This current post is the latest in our contract law series and continues with the theme of invisible terms in contracts, dovetailing contract law with real estate law in the landlord-tenant context.

Most landlords understand that they have to keep their leased properties in good condition, sanitary, and suitable for human habitation.  One could conclude on moral grounds alone that a residential property ought to be nice enough to be fit for occupancy and uphold human dignity.  Expectations and reality, however, don’t always meet.  For the landlords who do not make any written promises as to quality within a residential rental agreement, are there any implied terms concerning a property’s condition, fitness, or suitability?

To arrive at today’s answer, we must begin with the past.  Back in 1974, the Kansas Supreme Court faced an issue of first impression: whether an implied warranty of habitability is implied in the rental of urban residential property.  Steele v. Latimer, 521 P.2d 304, 306 (Kan. 1974).  The trial court that had previously rendered an opinion on the issue decided in the negative.  Id.

The facts of Steele are rather simple.  The case concerned Shirley Steele bringing a lawsuit on behalf of herself and her six children against their landlord, Marvin Latimer, who leased a three-bedroom house to the Steele family in Wichita, Kansas.  Id.  The court found a number of defects and faults in the house, including a countertop presenting a hazard to health, tile on the bathroom floor presenting an unsanitary condition, considerable wear, tear, and depreciation, and a general failure to meet the standards of the Wichita Housing Code then in effect.  Id.

The Steele family asked the judge to award them with the following monetary amounts: $315 in return of rents, $1,700 in personal damages, and $1,000 in punitive damages.  Id.  With the exception of $102 in damages resulting from a broken water line, the trial court entered judgment in favor of the landlord.  Id.  Dissatisfied, the Steeles appealed the judgment of the trial court, taking the case up to the Kansas Supreme Court.  Id.

The Steele court studied the trend among other courts in the United States in recognizing an implied warranty on the part of the landlord that the premises leased by him or her are suitable for human habitation and will be maintained as such throughout the tenancy.  Id. at 307.  Persuaded by this trend and the changing times, the Kansas Supreme Court in Steele reversed the lower court’s judgment in part and remanded the cause for trial on the issue of damages sustained by the plaintiffs proximately caused from the landlord’s “breach of implied warranty in failing to maintain the premises in compliance with the standards set by the Wichita Housing Code.”  Id. at 308-310.  This opinion gave rise to the birth of the implied warranty of habitability in Kansas.  Id. at 310 (Fromme, J. concurring).

One would correctly answer our former question in the affirmative: for the landlords who do not make any written promises as to quality within a residential rental agreement, yes, there are implied terms concerning a property’s condition, fitness, or suitability.  More details follow.

Indeed, the Jackson court really just extended what its higher court highlighted many years before:

It is the opinion of the Committee that there is a need to statutorily state the various obligations and other elements of tenancy so as to adequately express the modern day concepts of landlord-tenant relations. It should not be made the responsibility of the courts to develop these concepts.  Therefore, the Committee recommends that the 1974 legislature enact a comprehensive landlord-tenant code which would establish a single standard of reference for both landlords and tenants.

The interpretation of the Kansas Residential Landlord and Tenant Act, enacted July 1, 1975, superseding the judge-made implied warranty of habitability born the year prior has been made by legal scholars outside of the state of Kansas.  See Roger A. Cunningham, The New Implied and Statutory Warranties of Habitability in Residential Leases: From Contract to Status, 16 Wash. U. J. Urb. & Contemp. L. 3, 84 (1979), available at https://openscholarship.wustl.edu/law_urbanlaw/vol16/iss1/3 (“the implied warranty of habitability has been replaced in Kansas by the adoption of the URLTA”).  This interpretation is persuasive, but not binding, on Kansas courts.

Given that there is no direct conflict between the common law doctrine of the implied warranty of habitability and the Kansas Residential Landlord and Tenant Act, it might be a stretch to say that the common law doctrine has been “replaced”.  See K.S.A. § 77-109 (“The common law as modified by…statutory law, judicial decisions, and the conditions and wants of the people, shall remain in force in aid of the General Statutes of this state[.]”)  Steele can be read in harmony with the Kansas Residential Landlord and Tenant Act, and, as a consequence, it is this author’s opinion that the judge-made implied warranty of habitability in Kansas has not been superseded by the statutory law that followed it.

Weighing substantially against this opinion, though, is the Report of the Special Committee on Consumer Protection to the 1974 legislature pertaining to proposal No. 17 governing landlord-tenant relations, which specifically stated that it should not be the responsibility of the courts to develop the concepts of landlord-tenant relations and recommended that the “legislature enact a comprehensive landlord-tenant code which would establish a single standard of reference for both landlords and tenants.”  See Clark, 590 P.2d at 1048 (emphasis added).  The Clark excerpt can be reasonably interpreted as showing a legislative intent to supplant the common law with respect to landlord-tenant relations.

One Kansas court has specifically held that the implied warranty of habitability was not superseded by the Kansas Residential Landlord and Tenant Act.  See Claus v. Deware Enter., L.L.C., 136 P.3d 964 (Kan. Ct. App. 2006) (“the RLTA did not abrogate the holding in Steele v. Latimer, but rather the RLTA includes or is augmented by the landlord’s common law duty to provide a habitable premises.”).  This case on its face appears to provide a clear answer to the question of supersession; however, per Kan. Sup. Ct. R. 7.04 (g), Claus is not binding precedent and is not favored for citation because it is an unpublished memorandum opinion.  Claus still nonetheless helps to tip the scales in favor of the survival of the implied warranty of habitability in Kansas, having uniquely styled the common law warranty as an augmentation to the Act.

After grappling with this issue, we finally return to the basic premise of this post: there are invisible or implied contract terms in Kansas contracts, in this instance Kansas residential landlord-tenant contracts.  Regardless of what Kansas residential leases may state or not state, landlords must furnish tenants habitable dwellings and maintain them in a habitable condition.  This is definitely a win for tenants, and perhaps it’s a win for humanity too.

Here at Kincaid Business & Entrepreneurial Law, LLC ®, we have substantial experience working with contracts, including contracts for lease of residential properties.  We frequently review, revise, and draft rental agreements for landlords, investors, and entrepreneurs in connection with the leasing of single family residences, condos, duplexes, and townhomes.  We are able to determine whether a breach of a landlord-tenant agreement has occurred and represent a party in the enforcement or defense thereof.  Please contact us at 913-735-7707 or conveniently schedule with us here if we might be of assistance to you or your team. You may also wish to read about reviewing residential leases and reviewing commercial leases on our website.